During camp we have a dedicated staff team to help you. You’ll meet us as soon as you arrive at camp but here’s a little introduction…

Janet is our Camp Leader. She first came when she was 15 as a helper and got hooked! Janet has been coming ever since and now brings her entire family. As well as looking after her two children, Janet works as a Learning Support Teacher and enjoys playing the piano and playing Sudoku.

Sarah is our on-site nurse – she looks after all the medications and can be found in the nurse’s room  if you need any help or advice. Sarah works as a staff nurse on a trauma orthopedic ward in Portsmouth. She enjoys singing as part of her choir and is involved in organising Relay for Life (Cancer Research UK).

Gadget helps in the kitchen and is in charge of fixing things with gaffer tape. He runs the Explorers disco night, so be sure to make sure he knows your favourite tracks for Thursday. 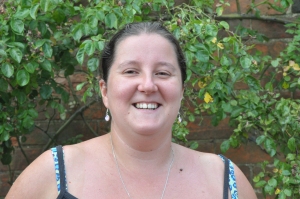 Helen makes sure all the changing blocks and toilets are clean, and runs the laundry doing any essential washing that needs to be done; as well as helping in the kitchen and with any other activities as needed. She is also on call for medical problems on alternative nights. Helen has been coming to Explorers for 20 years as well as visiting the Woodlarks campsite every year of her life. Outside of Explorers she runs a Cub Scout group and helps with the Scout section, running various weekly activities and camps. She spends a lot of time doing various crafty type activities and loves being in her garden.  To pay the bills Helen is a qualified nurse working at Sandwell General Hospital on a general medicine ward.

Caroline is in charge of art and crafts at Explorers and she likes encouraging people to join in making a mess! During the year she is an art teacher and enjoys playing folk music on her violin, learning new art techniques like calligraphy and printing, running Brownies, and exploring London.

Nori is our lifeguard and will often be found at the site’s heated outdoor swimming pool. She has been coming to Woodlarks since she was a bump and thinks it’s one of the most magical places in the world! During the rest of the year Nori is a Learning Support Assistant at a school for students with disabilities. She enjoys being outdoors, dancing, being a Guide leader, playing with photography, and always has lots of enthusiasm for silly activities. 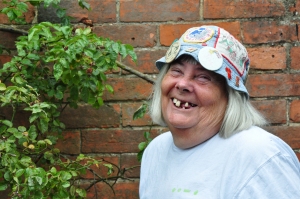 Jill is our head cook. She  loves  getting  everybody  involved  in  the preparation  and cooking  of  meals,  everybody  can  do  something  to  help  out.  Jill is enjoying  retirement  from  being  a  primary  school  teacher  but is still   involved  with  Scouting,  in  particular  her  Beaver  Colony.  Jill has  4  grandchildren  and  in  time  they  will  all  go  to  Woodlarks,  they have  already  visited!

Hattie is in charge of wood and fires. Outside of Woodlarks, she is a maths teacher and competes internationally in Suduko.

Nic has been coming to Woodlarks since babyhood and came to Explorers as a helper for many years. Now she, along with Jill, cooks for the camp, as well as running some of the activities. The unofficial campsite motto ‘Love and Laughter’ keeps her coming back for more – it wouldn’t be summer without camp! Outside camp Nic works at the Met Office, helping countries all around the world become less vulnerable to the climate. 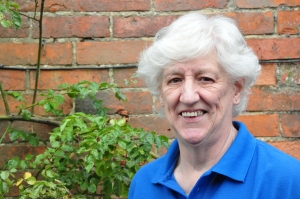 Barbara is the Explorers treasurer and assists in the kitchen, where she spends a lot of time washing up! Barbara has been involved with Explorers since it very first started and has never missed a year. She worked as a legal cashier and now enjoys being involved in Guiding in Liphook, being a member of the U3A and W.I., and spending time in the garden.

John is our bus driver and has been visiting Woodlarks for over 30 years. As an ex-teacher of Craft, Design & Technology, Math, IT & Outdoor Pursuits, John knows where & how to “knock & bash” to make things work. He is currently a carer for a disabled lady, he is also father of Helen and husband of Jill.

Polly is in charge of Mess duty, making sure everyone is involved in the laying out and clearing up of meals. 2017 is Polly’s first year at Explorers, but she has been coming to Woodlarks for many years. She has just left a job in a hospital to pursue a career in Creative Therapies and likes to “keep life colourful”!